Critics say Beasts of the Southern Wild director Benh Zeitlin’s ode to Peter Pan is whimsical, beautifully shot, and full of fresh ideas, but fails to pull everything together in satisfying fashion.

Beasts of the Southern Wild debuted at Sundance in 2012, cementing Benh Zeitlin as a uniquely imaginative filmmaker. The movie blew audiences away and wound up with four Oscar nominations, including one for Best Picture. Fans couldn’t wait to see what this new auteur would deliver next. Well, Zeitlin took eight years to finish his sophomore feature, the Peter Pan-inspired Wendy, and it just premiered at Sundance to mixed reviews. If you love Beasts, though, there’s a good chance that you’ll want to see this movie, too.

Here’s what critics are saying about Wendy:

Is Zeitlin’s follow-up worth the wait?

That magnificent eye is still there… Zeitlin is an auteur just as we thought he was and he’s going to continue to challenge his audience.
– Gregory Ellwood, The Playlist

What felt so revolutionary in 2012 is no less visionary today but packs a disappointing sense of familiarity this time around.
– Peter Debruge, Variety

There’s a reason that films that take this many years to get to screens often come up short… Wendy is a cautionary tale about what causes sophomore slumps.
– Brian Tallerico, RogerEbert.com

Will fans of Beasts of the Southern Wild enjoy it?

Zeitlin’s wondrous Pan riff feels like such a natural continuation of the Beasts experience that it practically unfolds in the same immersive universe.
– Eric Kohn, IndieWire

Wendy bears some of the same elements — rambunctious kids, magical realism, unknown actors, climate awareness — [but] it feels like an even stronger picture thanks to its filmmaker’s growing ambition.
– Matt Goldberg, Collider

Maybe some people will think Zeitlin is revisiting the style and themes of Beasts a little too closely, but that movie was thrilling and so is this one.
– Steve Pond, The Wrap

It seems hard to imagine anyone who didn’t respond to Beasts somehow thinking this one works, and even fans of that film may be startled at the repetition.
– Brian Tallerico, RogerEbert.com 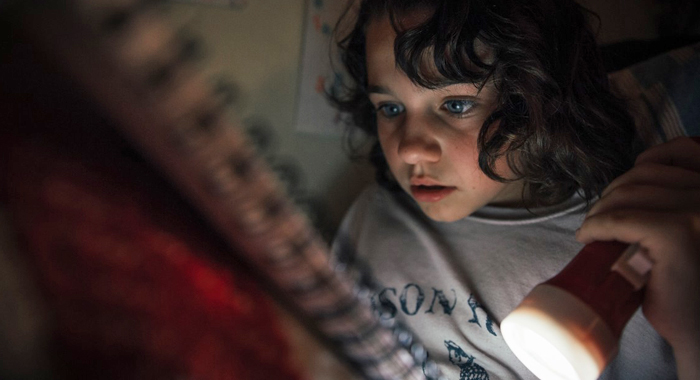 What about fans of Peter Pan?

Wendy both honors its inspiration and creates something original.
– Steve Pond, The Wrap

As with David Lowery’s transportive live-action remake Pete’s Dragon, Zeitlin has taken an overwrought children’s story and given it a fresh identity without toppling the original’s core ideas.
– Eric Kohn, IndieWire

Zeitlin’s adaptation overflows with imagination as it manages to deconstruct the myth while never losing its timeless energy… The result is constantly enchanting and beguiling.
– Matt Goldberg, Collider

It’s thrilling to discover how Wendy reinvents the particulars of a fairy story audiences know so well, and which Disney has so strongly codified for nearly everyone alive today — although the omission of Tinker Bell and the other fairies will likely be a let-down.
– Peter Debruge, Variety

There are times when you can feel the film straining to deal with aspects of the original story in a so-called organic way.
– Todd McCarthy, Hollywood Reporter

Will children enjoy it?

The movie’s a bit too intense, and more than a little too arty, to suit young audiences.
– Peter Debruge, Variety

Kids will be bored by this movie.
– Brian Tallerico, RogerEbert.com

The lack of any real narrative structure — and the few odd surges of menace, one of which blooms into a moment of shocking physical violence — make it hard to imagine that a younger audience will follow.
– Leah Greenblatt, Entertainment Weekly

Mileage will vary when it comes to Zeitlin’s “Terrence Malick for kids” aesthetic, which turns on awe-inspiring cues at every turn, and sometimes threatens to turn into a parody of that very thing.
– Eric Kohn, IndieWire

How does it look?

The new movie uses the expansive landscapes of the Caribbean to imbue the proceedings with a spiritual tranquility that lingers in every shot.
– Eric Kohn, IndieWire

Every frame of the film is excitingly alive and freshly conceived, making it something very much worth seeing on the big screen.
– Todd McCarthy, Hollywood Reporter

As raw and arresting as Wendy’s visuals are, they’re in service of familiar notions about the fragility of innocence and the impermanence of childhood.
– Tim Grierson, Screen International 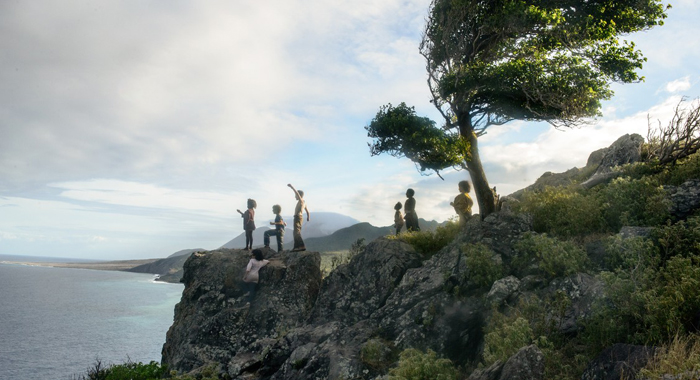 Does the story match the visuals?

If Zeitlin is infatuated with the act of storytelling, he’s also very good at it.
– Steve Pond, The Wrap

The social commentary feels not only pointed and timely, but still relevant to the conflict of innocent childhood versus jaded adulthood.
– Matt Goldberg, Collider

After a fairly dazzling setup, Wendy stumbles in its later reels, introducing ideas that are often obvious or unfocused… Wendy is so passionately crafted that its narrative shortcomings, though bothersome, can’t entirely detract
– Tim Grierson, Screen International

Wendy is fun for a while, but as it drags on, it becomes harder to follow — and worse, boring.
– Peter Debruge, Variety

The script is a one-trick pony, uninterested in anything resembling normal human interaction. That wouldn’t necessarily be a problem if the plot knew how to do anything other than meander along at a glacier-slow pace.
– Ian Thomas Malone, Ian Thomas Malone

The actual plot of Wendy is so uninteresting that I wished Zeitlin would have been more surreal and symbolic.
– Brian Tallerico, RogerEbert.com

Every kid inevitably grows and turns toward something new; storytellers should too.
– Leah Greenblatt, Entertainment Weekly

Is Wendy’s lead the next Quvenzhané Wallis?

Zeitlin’s best asset here is actually [Devin] France, his young lead, who has striking screen confidence and a maturity that makes her seem like a natural leader.
– Brian Tallerico, RogerEbert.com

[Devin France] resonates with a richness that carries you through the story and often when Zeitlin needs it the most. Out of all the young (and old) actors she makes you believe in this scenario.
– Gregory Ellwood, The Playlist

Wendy in every way feels like a handmade, one-of-a-kind, exceptionally fresh and…organic piece of work that quite quickly imparts a desire to see it again.
– Todd McCarthy, Hollywood Reporter

Wendy premiered at the Sundance Film Festival on Sunday, January 26, and opens in limited release on February 28. 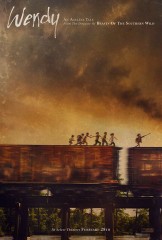 #1
Adjusted Score: 48291%
Critics Consensus: Wendy dares to do something different with its classic source material; unfortunately, the movie’s breathtaking visuals are at odds with a flawed take on the story.
Synopsis: Lost on a mysterious island, a girl fights to save her family, her freedom and the joyous spirit of youth…. [More]
Starring: Devin France, Yashua Mack, Gage Naquin, Gavin Naquin
Directed By: Benh Zeitlin

Like this? Subscribe to our newsletter and get more features, news, and guides in your inbox every week.

We Are Martin Luther King Jr.