The Indie Fresh List: Shia LaBeouf and Noah Baumbach Get Personal, While Football Unites a Community in The All-Americans

Check out the latest Fresh indie releases, including what’s still in theaters and what’s coming soon.

Join us weekly as Rotten Tomatoes reports on what’s opening, expanding, and coming to the specialty box office. From promising releases from new voices to experimental efforts from storied filmmakers – or perhaps the next indie darling to go the distance for end-of-year accolades – we will break it all down for you here each week in Fresh Indie Finds.

This week at the specialty box office, we have a couple of Oscar screenplay hopefuls and a documentary about an East Los Angeles football rivalry. Noah Baumbach and Shia LaBeouf both harnessed personal tragedy to spin thoughtful and moving narratives for Marriage Story and Honey Boy. In our indie trailer section, we have new clips from Samuel L. Jackson, and a trailer from Beasts of the Southern Wild director Benh Zeitlin’s long-awaited follow-up feature. 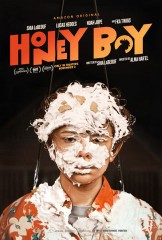 Shia LaBeouf is back on the Indie Fresh List, starring alongside child phenom Noah Jupe in his Sundance standout screenplay debut. Earlier this year, the Transformers star charmed his way back into our hearts with The Peanut Butter Falcon, playing a lovable drifter who accompanies a man with Down syndrome on a riverboat to fulfill his wrestling dreams. This week, audiences finally get a glimpse at Honey Boy, his semi-autobiographical drama about his time as a child star and his tumultuous relationship with his father. In a screenplay he wrote as part of court-mandated therapy, LaBeouf plays his own troubled father, while Jupe and Lucas Hedges play the fictionalized versions of the actor as a boy and young adult, respectively. Director Alma Har’el makes her narrative film debut here, and her music video and documentary roots served her well for this based-on-true-events tale. “Raw, uncompromising, and yet wholly non-judgemental, Honey Boy is a cinematic memoir for the ages,” writes Carmen Paddock from One Room With A View. 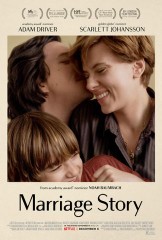 This week, Noah Baumbach‘s deeply personal bi-coastal divorce drama Marriage Story hits theaters before its release on Netflix next month. Scarlett Johansson and Adam Driver star as an actress/director power couple and parents to a young son. We follow as their “perfect” marriage is splintered by distance and results in a divorce — if you’ve read about Baumbach’s split from actress Jennifer Jason Leigh, this may all sound familiar. Since its Telluride Film Festival premiere in September — in truth, since it was first announced — Marriage Story has been on just about every awards pundit’s shortlist. Featuring career-best performances from Johansson, Driver, and supporting actress Oscar front runner Laura Dern, the film has earned praise from critics for its script and stellar acting. Brian Truitt of USA Today praised the Frances Ha director’s even-handed and brisk approach to the narrative: “Over a brilliantly paced and thoughtful two and a quarter hours, [Baumbach] lets his two main characters explain what they love about each other before chronicling how it all falls apart, and everybody must rise anew.” 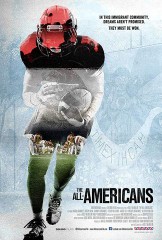 Friday Night Lights gets a political update in the new sports documentary The All-Americans. In East Los Angeles’ large Hispanic population, filmmaker Billy McMillin poses the question: “What does it mean to be an American?” He asks this while he documents one of the country’s longest-running high school football rivalries: The East L.A.Classic. In The All Americans, we follow four football players as they prepare for the big game while struggling with familial and societal pressure. Mixing game footage and player interviews with the modern-day conversation about immigration, “[McMillin] does an excellent job of explaining the importance of the East LA Classic, as well as the role that football plays in shaping the players’ lives,” writes Ian Thomas Malone of IanThomasMalone.com

Fresh and Still in Theaters

Palme d’Or-winner Parasite has now crossed over $7 million at the domestic box office and over $100 million at the worldwide box office. Adding just over 300 screens last week, the film added another $2.5 million and cemented itself as a solid hit for indie distributor Neon. Expanding to more screens this weekend, Bong Joon-ho’s latest feature looks to keep the buzz going for what many are calling the best film of 2019. The story follows a low-income family as they try to hustle their way to a better life through their association with an affluent family, and it takes several hilarious twists and turns en route to its dramatic conclusion. “A condemnation of choosing to ignore the inconvenient suffering of your fellow human beings, presented in a series of accomplished visual metaphors that’ll make you rethink all sorts of ordinary household objects,” writes Katie Rife of the AV Club.

Based on a true story, The Banker chronicles the tale of two African American entrepreneurs who gamed racist lenders with a white “straw man” to secure loans.

Beasts of the Southern Wild director Benh Zeitlin returns with a reimagining of the Peter Pan fairy tale.

Like this? Subscribe to our newsletter and get more features, news, and guides in your inbox every week.

Everything We Know About the Upcoming MCU Disney+ Series